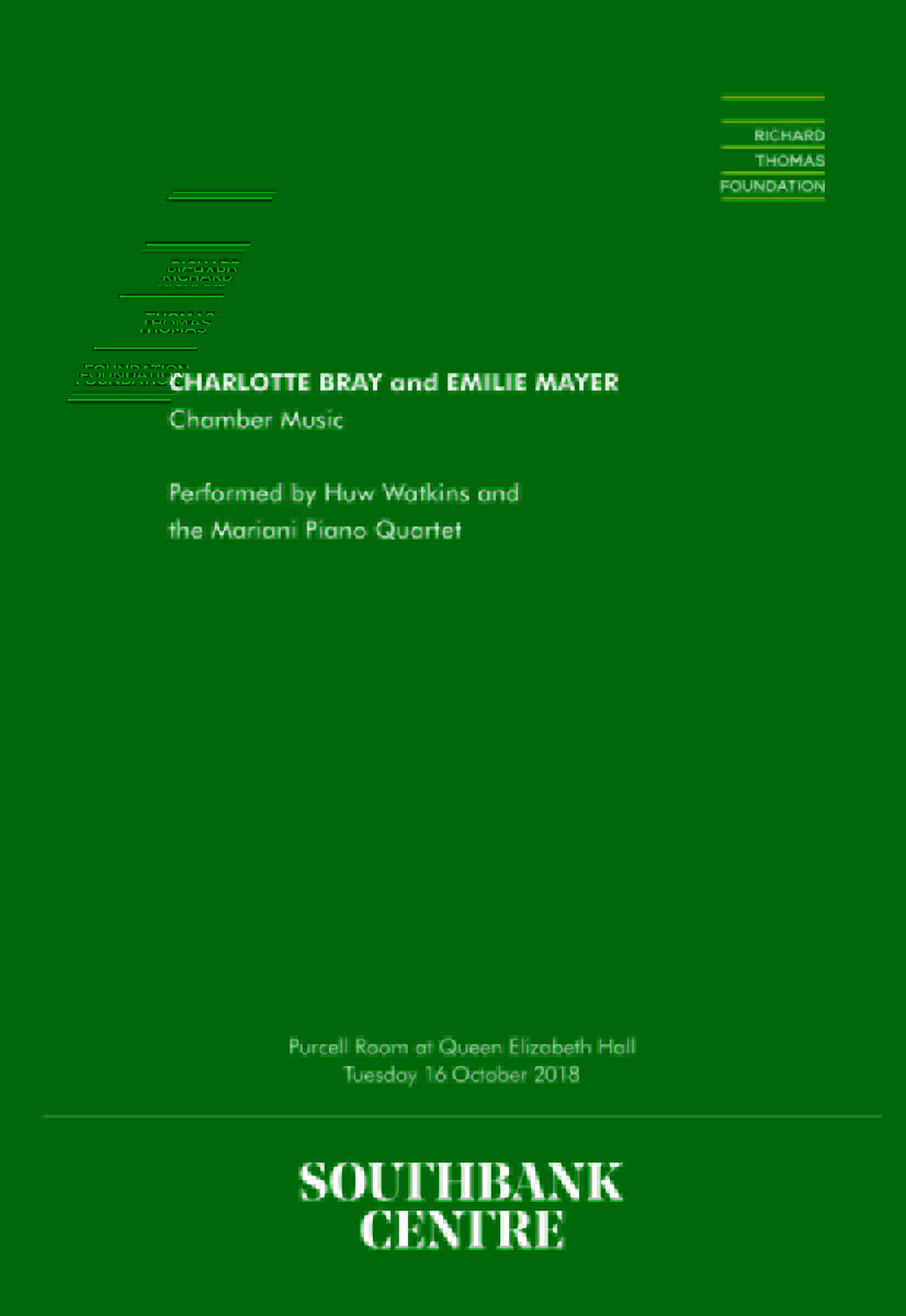 A concert to launch our latest release, Chamber and Solo Works – music composed by Charlotte Bray, who has emerged as a distinctive and outstanding talent of her generation. Exhibiting uninhibited ambition and desire to communicate, her music is exhilarating, inherently vivid, and richly expressive with lyrical intensity. Bray has been championed by numerous world-class ensembles and orchestras, including the BBC Symphony Orchestra, the Royal Opera House Covent Garden and BCMG. Her work has featured at the BBC Proms, Aldeburgh, Cheltenham, Tanglewood, Aix-en-Provence and Verbier Festival. Several renowned conductors have performed her work and these include Sir Mark Elder, Oliver Knussen, Jessica Cottis and Sakari Oramo. .

We included in the concert the UK premiere of a piece composed in 1857, Emilie Mayer’s Piano Quartet in G Major.

The concert was performed by: