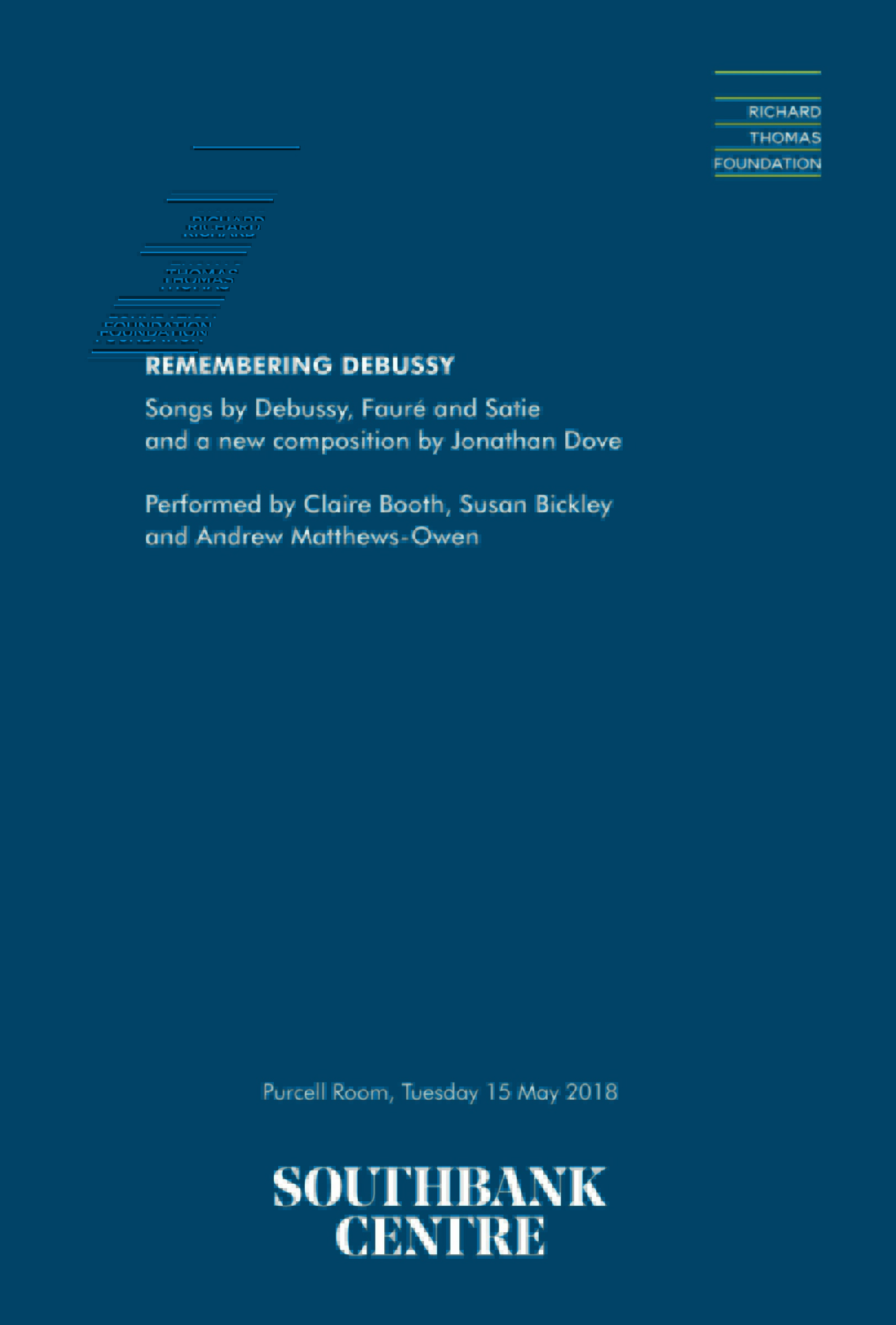 A concert of French song, including the world premiere of an RTF commission by composer Jonathan Dove – “Letters from Claude“

Debussy was an astonishingly prolific letter-writer, and he had a way with words. His first letter to Rosalie Texier (“Lilly”) is dated 21 April 1899. Lilly was a friend of Gabrielle Dupont, with whom Debussy was living in a not entirely exclusive relationship, and for a while Debussy carried on with both women. Lilly accepted his offer of marriage after he threatened suicide, and they were married in October 1899.

Despite his growing success, Debussy continued to give private piano lessons. A young pupil, Raoul Bardac, introduced Debussy to his mother, Emma. She had been a lover of Gabriel Fauré, and was the dedicatee of La Bonne Chanson. In June 1904 Debussy wrote his first letters to her, alongside equally affectionate letters to his wife. But then in August he wrote a letter to Lilly which ended their relationship. Lilly attempted suicide, which created a scandal! Debussy’s later letters to Lilly in March 1905 are cold, even hostile. Three years later, he married Emma.

The texts for “Letters from Claude” are from sixteen of Debussy’s letters – some are complete letters, some only fragments. I imagine that, perhaps after Debussy’s death, Lilly and Emma just happen to be re-reading some of his letters in their different homes at the same moment. Their memories are, of course, full of his music, and so the piano accompaniments are each prompted by a chord or phrase from piano pieces Debussy wrote around this time – Suite Bergamasque (1890-1905) and Estampes (1903) – along with the earlier Danse (1890).

“Letters from Claude” is dedicated to Jeremy Sams, who kindly lent me an enormous volume of Debussy’s letters, and translated these songs for this programme.