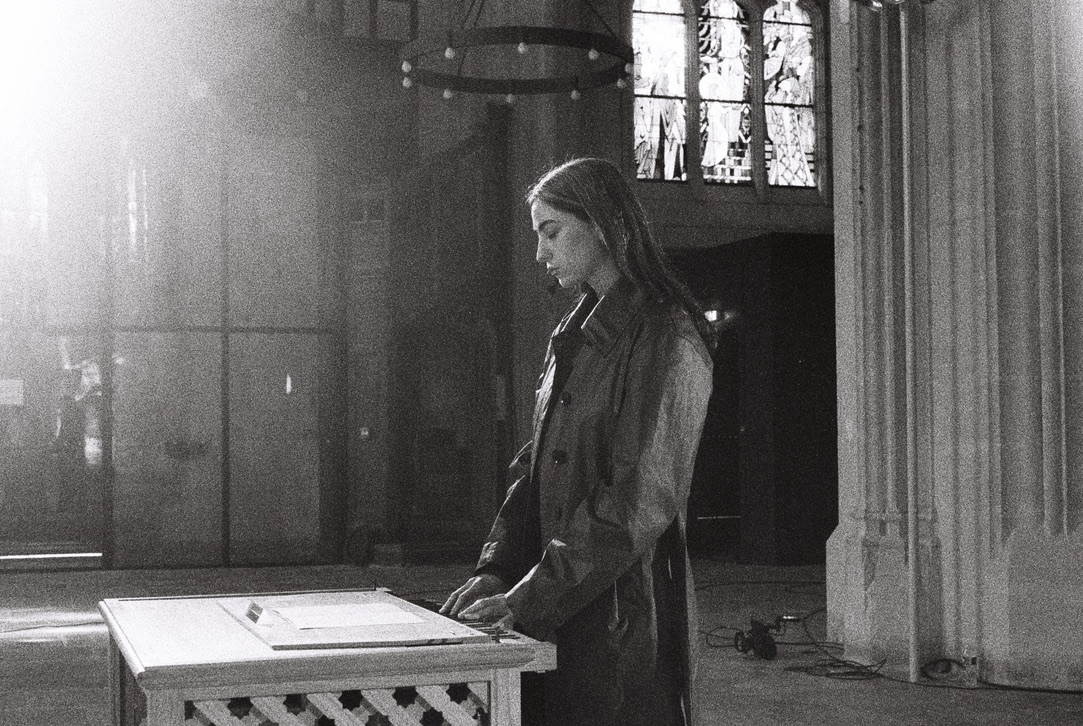 Background: The idea for the project came out of our interest in the artistic and compositional possibilities presented by the unique surround-sound environment at MONOM, an electronic spatial sound studio and performance venue in Berlin which treats each note or sound as an object in a volume of space – much like composing for and playing an analogue pipe organ.

One of the early influences on contemporary electronic music was dub reggae – the practice of taking a reggae song and making an electronic version which becomes something quite different in both character and effect. We are motivated to discover how the same process – taking an acoustic composition and reworking it electronically – will work for organ music.

We therefore imagined a project in which a composer first creates an acoustic composition at Het Orgelpark – a former church in Amsterdam which now houses 9 restored organs, and which has been described by a composer as being like ‘Disneyland for organists’.

After creating the new work in Amsterdam, they will then take a recording to a 4DSOUND studio, using this unique space to create an electronic reworking or response to their original composition, which will in effect become a new, second piece of music.

Kali Malone is an American composer and musician based now in Paris, France, having moved to Stockholm, Sweden in 2012. Her solo works implement unique tuning systems in minimalist form for analog and digital synthesis often combined with acoustic instrumentation, such as pipe organ, strings, choir and woodwinds. Using synthetic and acoustic instrumentation in repetitive and extended durations, Malone’s rich harmonic textures emit a distinct emotive hue generating a captivating and uncanny depth of focus. (‘By simultaneously disavowing and embracing the church, Malone has crafted a record of rare heft. The plaintive melodies that sit at the core of “The Sacrificial Code” often feel like they’re stretching into eternity – Resident Advisor)

Malone has performed extensively throughout Europe and North America, with notable features at Berlin Atonal, Moogfest, Cafe Oto, Le Guess Who?, and Ina GRM. She has collaborated and performed with a variety of artists including Caterina Barbieri, Ellen Arkbro, Sorrowing Christ, Puce Mary, Free The Land, Zach Rowden, Leila Bordreuil and Lucy Railton.

She has attended both the Bachelors and Masters program in Electroacoustic Composition at the Royal College of Music in Stockholm and has apprenticed in pipe organ tuning.