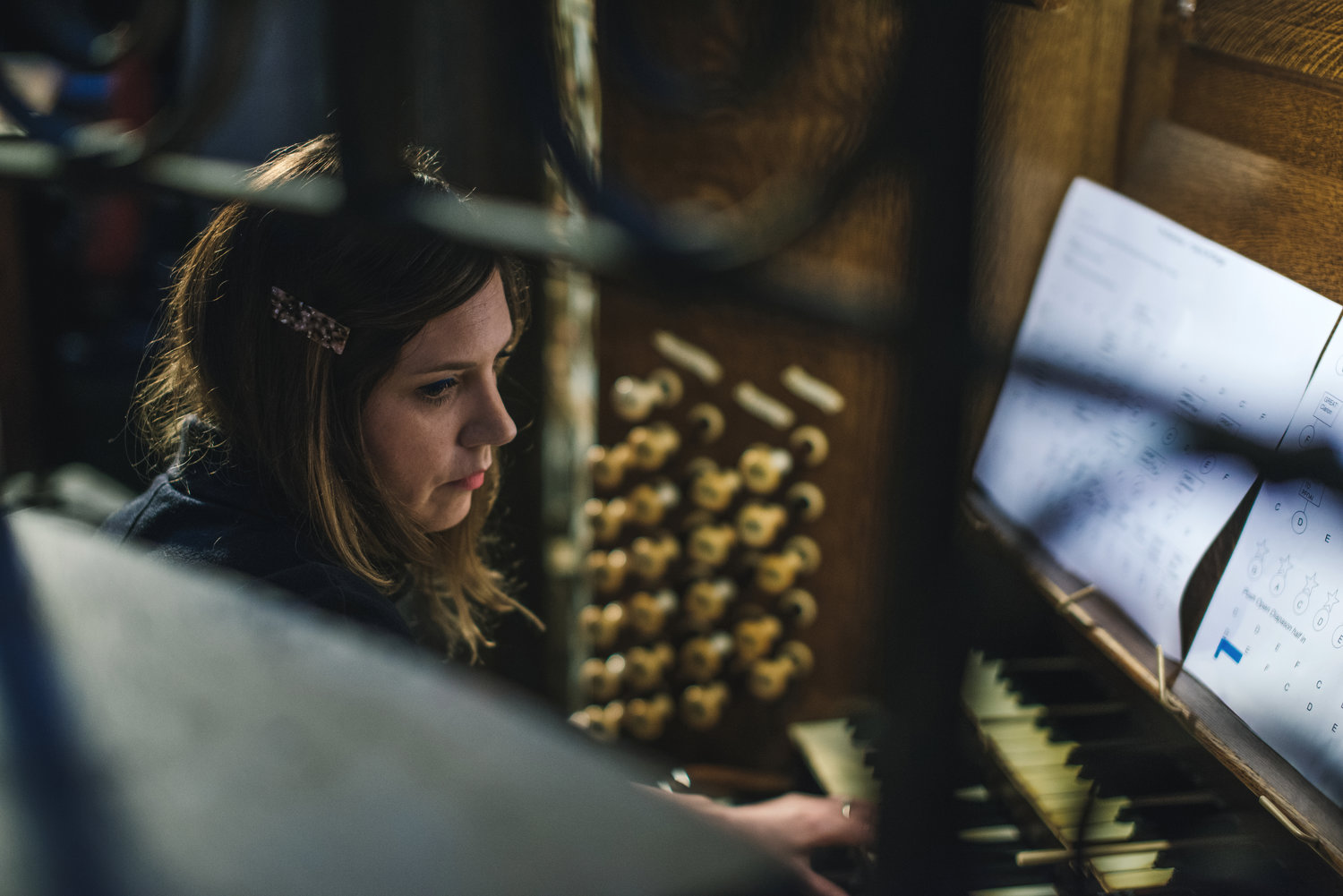 Grant: RTF42
Detail: We have commissioned Claire to create the second in our series of New Organ Works. Claire will record and perform a work at Het Orgelpark in Amsterdam. She will then take the recording to MONOM Sound at the Funkhaus in Berlin and create a spatialised electronic version of, or response to, the piece. This will be a related but in one sense an entirely separate composition.

Background: “Het Orgelpark” in Amsterdam is a unique and living “museum” of organs, housing nine fully functioning instruments include the Van Straten organ – a replica of an organ built in 1479 in meantime tuning, pre-dating contemporary tuning systems.  For an organist composer the variety and range of organs represents the peak of creative freedom. We therefore imagined a project in which a composer responds to the Orgelpark to create with very few constraints an acoustic composition fully expressing their current artistic intent on one or more of the organs.

The Spatial Sound system at MONOM presents a range of new artistic and compositional possibilities. In particular, the programming at MONOM treats each note or sound as an object in a volume of space – thus creating an immediate potential comparison with the conceptual challenge of composing for and playing an analogue pipe organ.

Claire’s project has been delayed by lockdowns. We hope to get things going in late 2021/early 2022. The Foundation is grateful to Het Orgelpark as a co-commissioner of the New Organ Works series.

Claire M Singer is a composer, producer and performer of acoustic and electronic music, film and installations. Known for her experimental approach to the organ, her work explores rich harmonic textures and complex overtones that create ever-shifting melodic and rhythmic patterns which disappear almost as soon as they emerge. She has three critically acclaimed record releases on Touch which feature her playing both organ and cello (‘..each piece is timeless and genuinely magical’ – The Quietus). Performances include Tate Modern London; Barbican London; Queen Elizabeth Hall London; Muziekgebouw Aan’ t ij; and Westerkerk Amsterdam. The Guardian wrote ‘Singer really knows how to wring the best out of this magnificent instrument, creating moments of sustained rapture’

In 2017 Singer was a recipient of the inaugural Oram Awards for her innovation in sound and music. Recent projects include  a collaboration with Chris Watson for organ, field recordings and orchestra and a commission from the London Contemporary Orchestra for organ and mixed ensemble. In addition to her solo work she wrote the score for ‘Tell It To The Bees’ directed by Annabel Jankel. The score features Singer on organ and cello alongside the London Contemporary Orchestra, which won the Festival Castell de Peralada Award for best music at the BCN Festival in 2019.