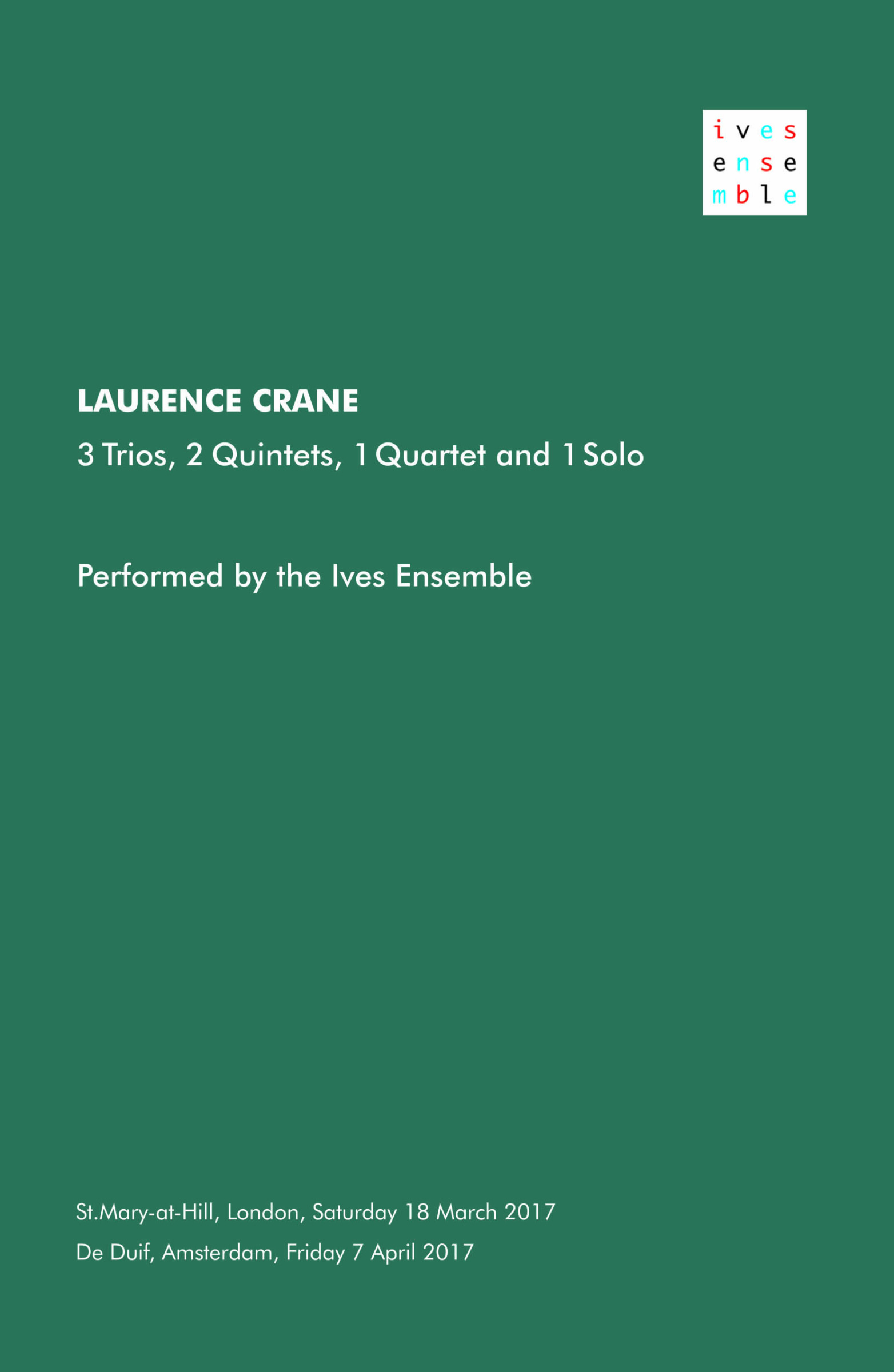 The Ives Ensemble presented 7 pieces by Laurence Crane, including two world premieres (*), in a concert to launch our album by Laurence – “6 Trios, 2 Solos and 1 Quintet”.

Laurence Crane was born in Oxford in 1961 and studied composition with Peter Nelson and Nigel Osborne at Nottingham University. Crane has since lived and worked in London for the last 30 years and has written many pieces, mainly for the concert hall. His early work consisted mostly of miniatures and shorter pieces; the subsequent development of his style has involved larger scale compositions, both in terms of time scale and of forces used. As well as the Ives Ensemble, Crane has worked with Apartment House, Cikada, asamisimasa, Plus Minus Ensemble, Decibel, BBC Scottish Symphony Orchestra, EXAUDI and Quatour Bozzini, among many others.

Members of the Ensemble playing were: