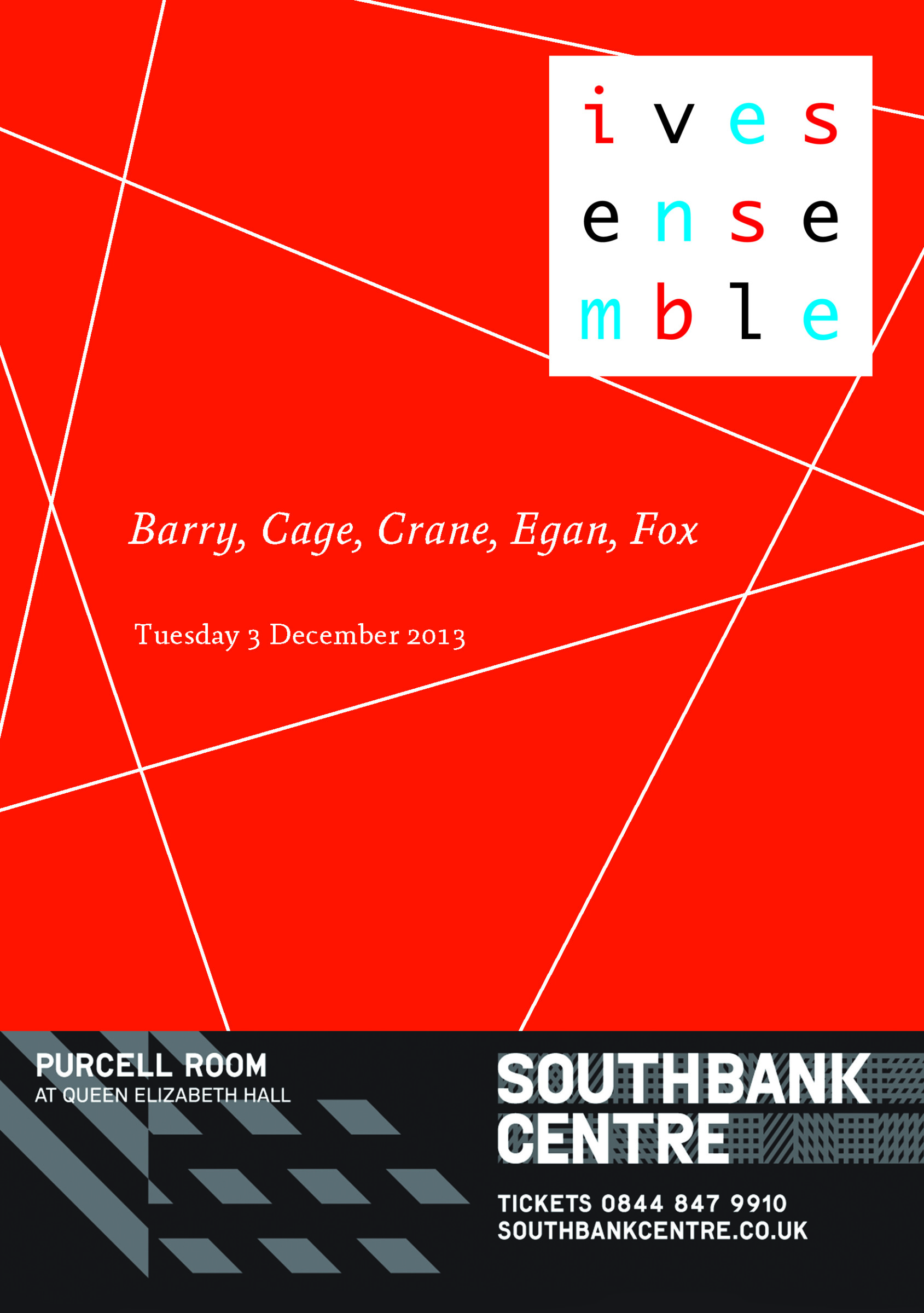 An evening of chamber music from leading exponents of the contemporary and avant-garde, the Netherlands based Ives Ensemble. The ensemble was established in 1986 by the Dutch pianist John Snijders, and concentrates on performances of non-conducted 20th and 21st century chamber music, much of which has been written especially for the ensemble.