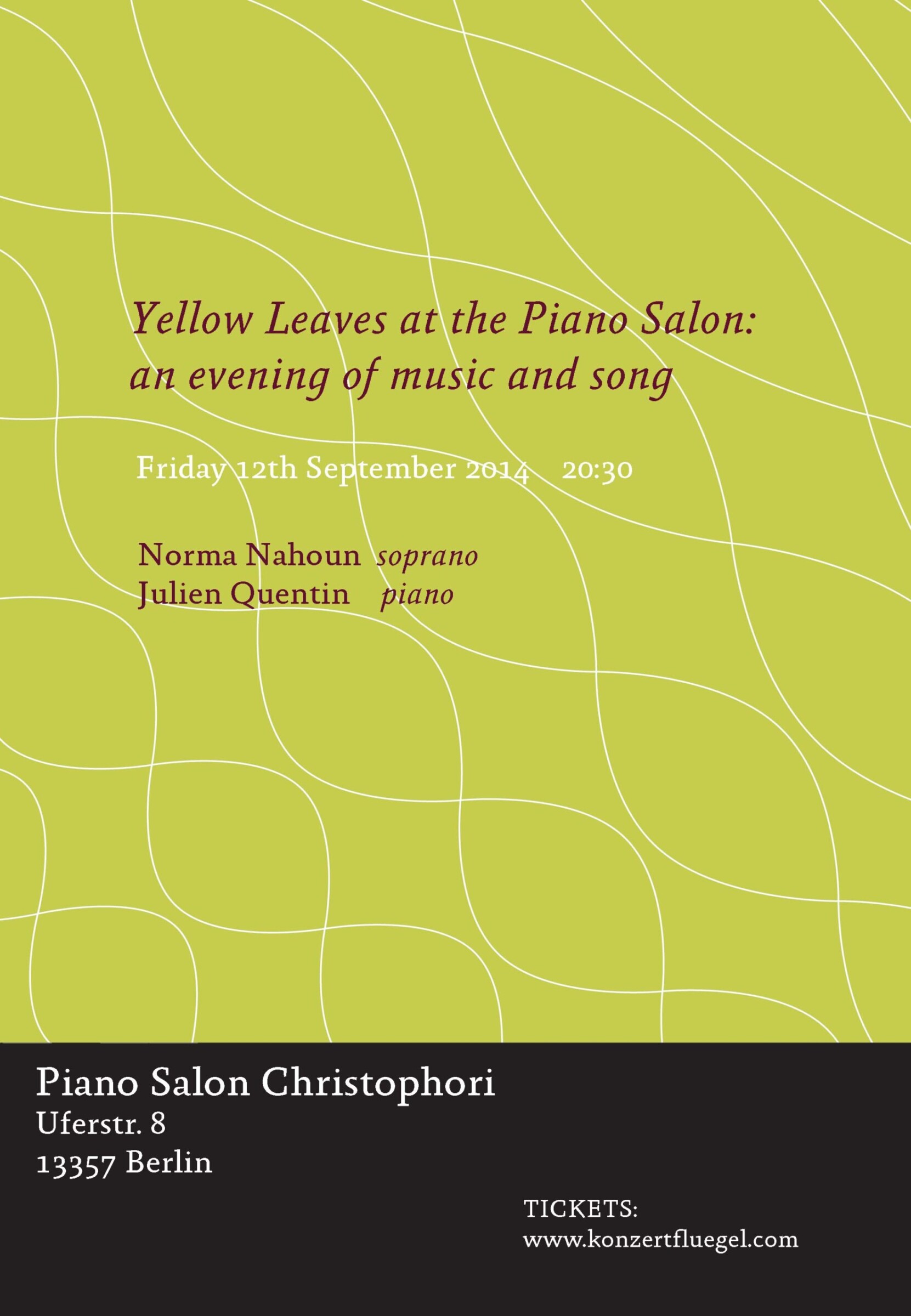 An evening of chamber music based around two recent compositions by the British composer Charlotte Bray. “Yellow Leaves”, a setting of haiku-like poems inspired by Shakespeare’s sonnets for piano and soprano, appears on Charlotte’s recently released debut CD and was premiered at the Southbank Centre, London. “Oneiroi” is a solo piano piece inspired by dream spirits from ancient Greek mythology commissioned by and premiered at Festspiele Europäische Wochen Passau.

Charlotte lives and works in Berlin. She was awarded the Royal Philharmonic Society Composition Prize 2010 and the Lili Boulanger Prize 2014. She is commissioned widely, and is currently working on a number of compositions internationally, including an opera on the story of Ruth Ellis, the last woman to be hanged in England.