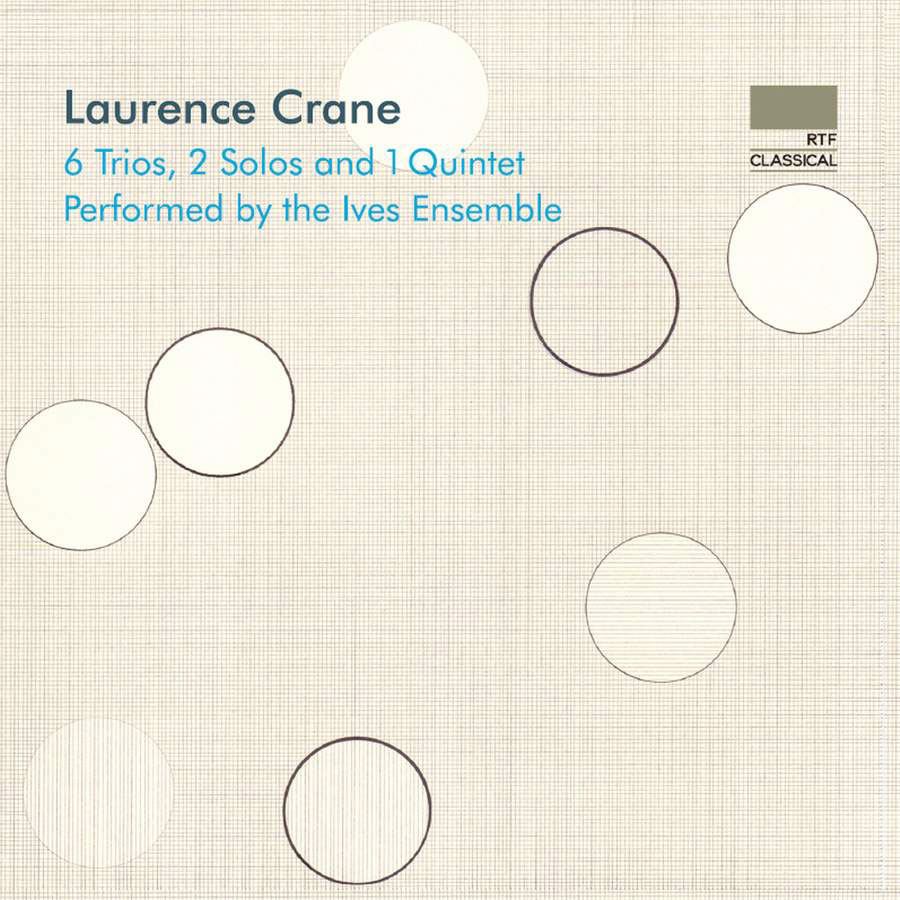 Our second classical CD was released in March 2017 – 9 chamber music pieces written by composer Laurence Crane between 1986 and 2016, and recorded here for the first time by the leading Netherlands contemporary music group the Ives Ensemble. The recording includes  “Quintet” commissioned by the RTF in 2011. Launch concerts were held in London on 18 March and Amsterdam on 7 April to a total audience of about 200 people.  “Holt Quartet” from the recording was played on BBC Radio 3’s Late Junction on 20th April.

Selected as “Classical CD of the year” by critic Liam Cagney in Gramophone, December 2017.

“A rare pleasure to discover a contemporary composer whose work speaks with such effortless clarity – every note counts. The performances are outstanding..a deeply lovable disc” (Arts Desk);  “I like this disc and I think you ought to buy it” (Gramophone Magazine);  “The music remains subtly nuanced but decidedly un-fragile. It’s surprisingly tricky to play, but the Ives Ensemble prove persuasive” (BBC Classical Music Magazine); “Laurence Crane’s music does so much with so little..clean, uncluttered graciousness” (the Guardian).