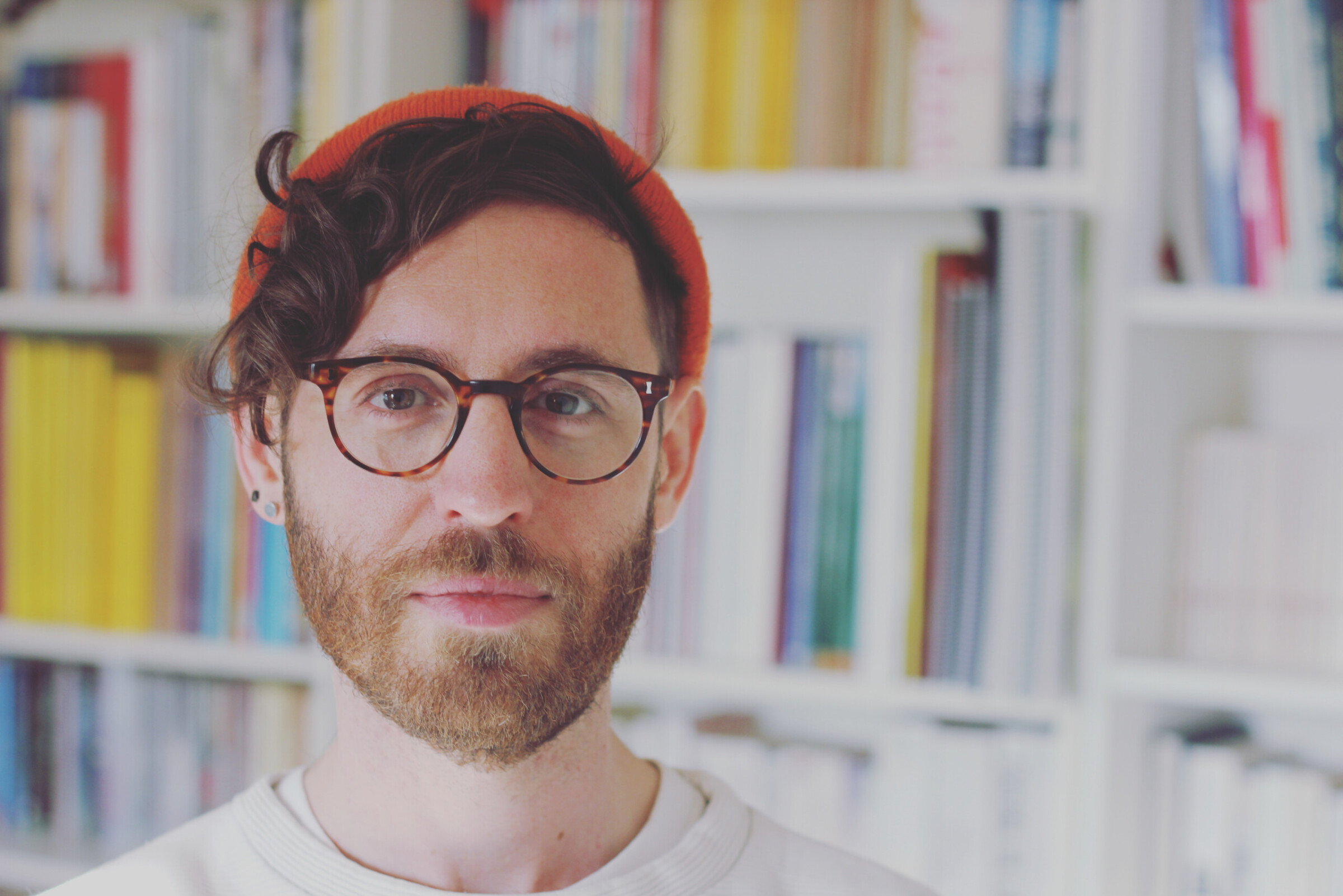 The Richard Thomas Foundation originated and commissioned the composition, our second commission from Gavin Higgins. We recorded both commissions, along with other chamber music by Gavin, for release on CD in 2021.

Background: Gavin Higgins’ music has been described as having ‘streaks of menace as well as mischief’. The composer of the Royal Opera House commission A Monstrous Child writes vibrant, highly characterised works that bring a strong sense of theatre to the concert hall. He was a winner of an Ivor Novello composer award in December 2019.

Ekstasis explores the ways in which humans endeavour to attain states of ecstasy, lose control and transcend ‘the self’. Whether through the use of drugs and substances, sex or religious fervour, acts of violence, meditation or ritual, human beings are driven to habitually seek out a whole range of ecstatic experiences and, in complete contradiction to the somewhat stoic and mundane rituals that dominate our lives, occasionally lose control.

For many people ecstatic experiences are simply moments of euphoria and pleasure; when they feel momentarily connected to the world and those around them, often achieved through recreational drugs, alcohol, and sex.

Others seek ecstasy through meditation, spirituality, or the use of ‘sacred’ substances. These are the kind of ecstatic journeys where one might transcend normal consciousness, stand ‘outside of oneself’, and attain ego-death: the ‘complete loss of subjective self-identity’.

Of course, sometimes the search for ecstatic experiences can lead down a more unsettling path, for example in the case of acts of violence and substance abuse.

Inspiration for this work came from Jules Evans’ brilliant book, “The Art of Losing Control: a philosopher’s search for ecstatic experiences”, but more specifically I’ve drawn from a broad selection of art, literature and pop culture.

2.  Sweat – the inspiration for this movement came from a series of extraordinarily candid photographs by Nan Goldin, which depicts two men – Clemens and Jens – in an intimate act of lovemaking.

3.  We turn to the gods and are torn apart – the Maenads, or Bacchus, were a Dionysian religious cult famously dramatised in Euripides’ play, The Bacchae. At the climax of the play Agave, along with the other Maenads whom Dionysus has whipped into a drunken, violent frenzy, rips apart her own son, Pentheus, thinking him a mountain lion. The title comes from an inscription in Robin Robertson’s recent translation of the play:

We turn to the gods

but the gods turn us;

we turn to the gods

and are torn apart.

4.   Meditation ­- This movement explores something more intimate and private: a moment of reflection, calm and clarity.

5.  This he plunged into my heart – Saint Teresa of Ávila was a Carmelite and nun from the 1500’s whose spiritual enlightenment came as a result of numerous visions and mystical experiences, the most famous of which was immortalised by Bernini in his statue, The Ecstasy of St Teresa. In her autobiography Teresa speaks of an episode when an angel, whose ‘face was so aflame’, pierces her heart with a divine spear. She speaks of this vision in vividly explicit detail, verging on the hallucinatory and sexual:

“In his hands I saw a great golden spear, and at the iron tip there appeared to be a point of fire. This he plunged in my heart several times so that it penetrated to my entrails. When he pulled it out, I felt that he took them with it, and left me utterly consumed by the great love of God. The pain was so severe that it made me utter several moans … This is not a physical pain, but a spiritual pain, though the body has some share in it.”