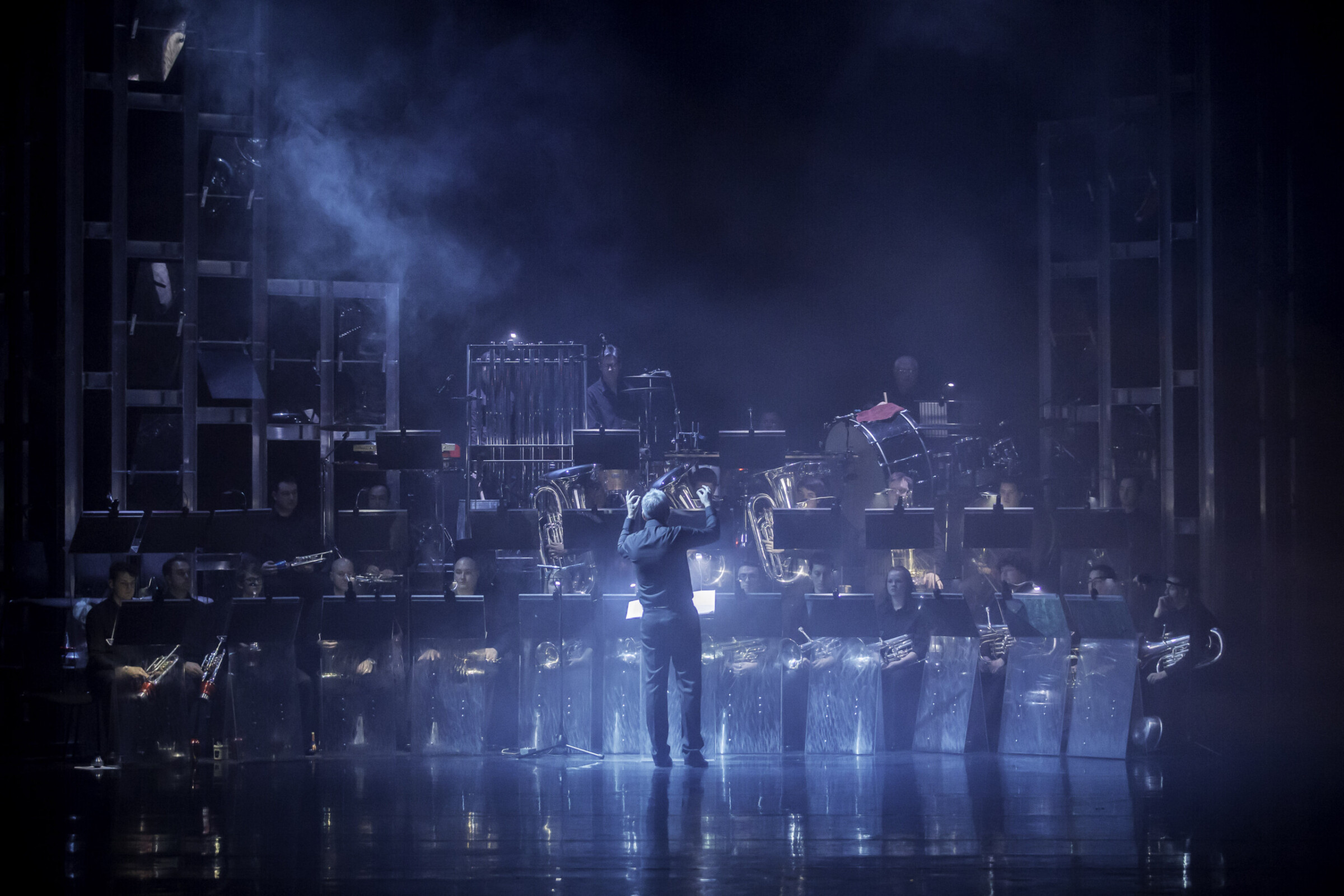 The Richard Thomas Foundation originated and commissioned the composition, and promoted the concert that included the first performance of the piece.

Background:  Gavin Higgins is an up and coming contemporary classical composer.  He was the first music fellow appointed to the Rambert Dance Company for the duration of 2010, giving him the opportunity to work with dancers and choreographers.  He was also the recipient of one of the “20 for 2012” awards for composers to create a piece of music to celebrate the London Olympics.

This composition was conceived as a fanfare for a brass band, intended to accompany ice-skating. The title for this work comes from the Oscar Wilde poem  “From Spring days to Winter”:

But now with snow the tree is grey
Ah, sadly now the throstle sings!
My love is dead; ah! well-­‐a-­‐day,
See at her silent feet I lay
A dove with broken wings!
Ah, Love! ah, Love!
That thou wert slain-­‐
Fond Dove, fond Dove return again.

Of the premiere, one reviewer said:  “Higgins’ engrossing evocation of part of Oscar Wilde’s poem, ‘From Spring Days to Winter’ – a sad lament to fragile passions, captured with a sense of the writer’s increasingly darkening persona and growing personal bleakness……a beautiful evocation of melancholia”

The piece received a further performance on 25 April 2015 at the Queen Elizabeth Hall, Southbank centre, London.

A new symphonic version of the piece was premiered by the BBC Symphony Orchestra and broadcast on BBC Radio 3 on 24 November 2020.