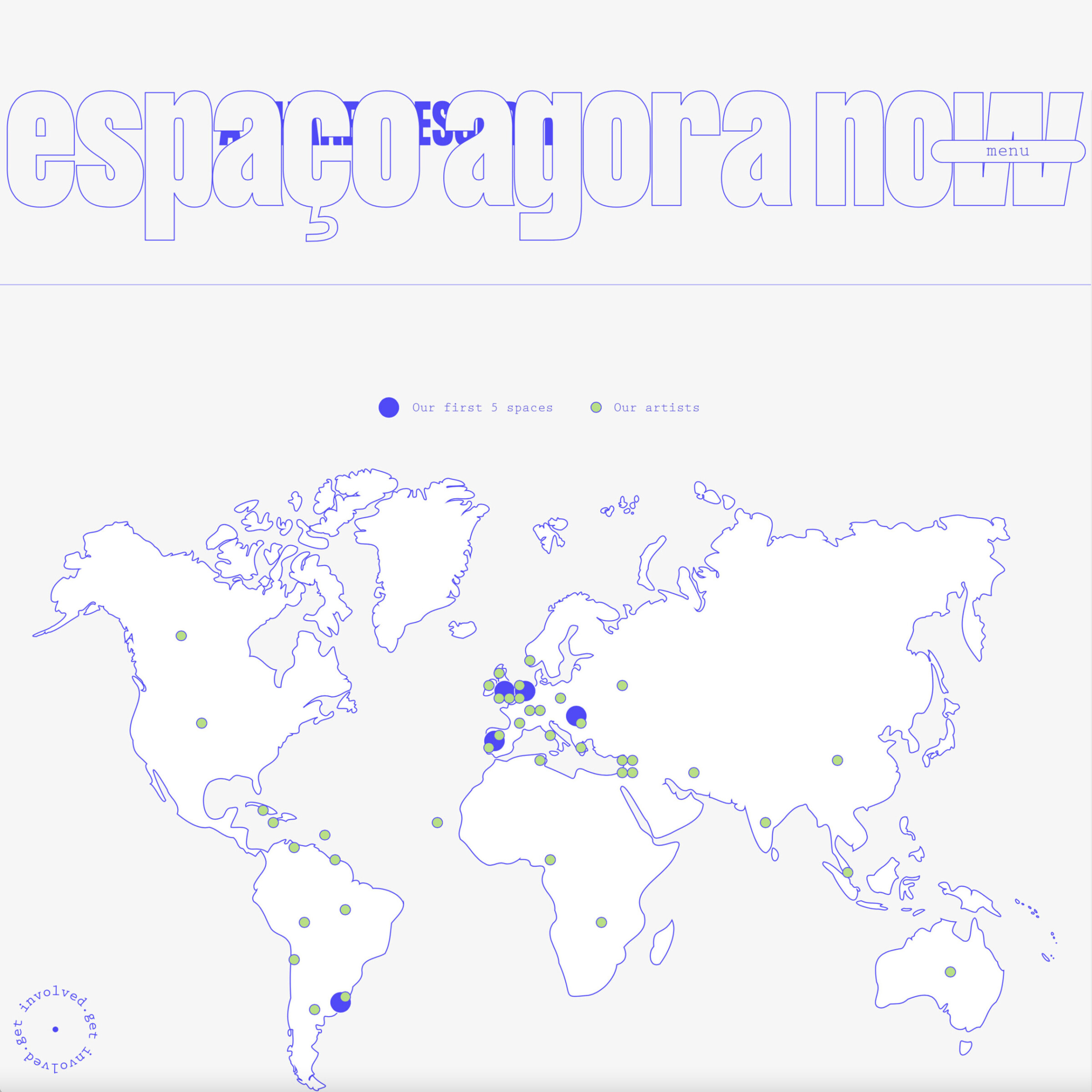 We are helping to support espaço agora now, an ambitious project that looks to the future. It celebrates radical imagination and radical artists as illuminating and galvanising forces in the centre of society.

The vision is to reimagine public experiment and artist development for the most imaginative artists in the performing arts. espaço agora now is realising its vision through an international network of large scale spaces that will establish fresh connections with the public and local citizens. These spaces will host residencies that give artists time, kinship and resources to explore and test ideas from the earliest point in the creative process. They will be welcoming spaces where together urgent aesthetic and systemic questions can be tackled now .

5 first spaces are planned in Rotterdam, Lisbon, Buenos Aires, Belgrade and London by 2024. Together these will host 75 residencies a year. By 2030 espaço agora now’s goal is to catalyse a network of 27 spaces in every part of the world, because everyone has the right to culture (Article 27, UN Convention on human rights).

The project is being driven by a growing movement of 200 artists representing 42 nationalities. They are a ‘brains trust’ who provide alternative perspectives and whose radical imagination generates new ways of thinking about the world we live in and the challenges we face.