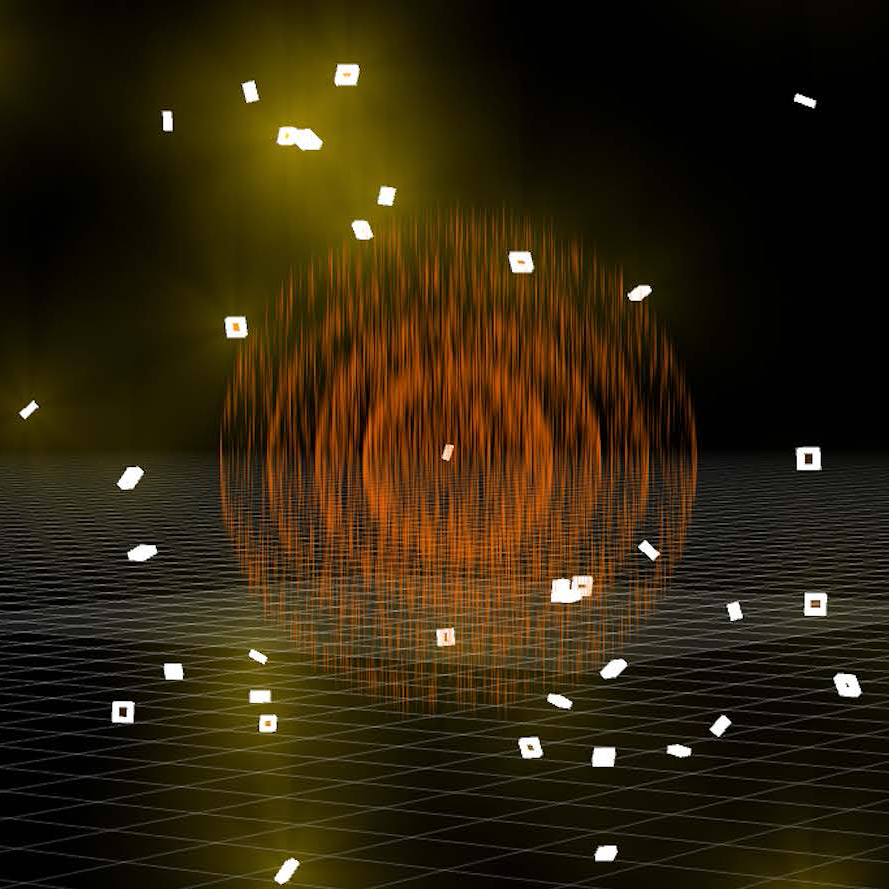 We are supporting Casimir Geelhoed’s third spatial sound work, Scatter, Swarm, Sublimate, a performance based on a custom toolset built on the 4DSOUND software suite, that connects methodologies of noise music, counterpoint, and spatial sound. It centers around the expressive usage of the perceptual tipping point at which definable spatial sound sources melt into undefinable chaotic clouds of sound.

The perceptual shift that happens when sound sources ‘disappear’ into an all-encompassing accumulation of perceived chaotic energy can be understood as the witnessing of a tipping point between definable and undefinable presence. It evokes a sensation of surrender, of loss of control, and forces one into a different state of listening. When employed in a careful and skilful manner, it is an effect of profound immersive quality, that carries broader associative implications.

4DSOUND technology uses a combination of software and hardware to produce convincing object-based audio reproduction systems. At the heart of 4DSOUND technology is a proprietary audio framework that defines sound as dimensional objects in space. Sound sources are modelled and processed according to their size, shape and physical behaviour in space. For the performance, a collection of custom spatialisation algorithms has been developed that offer expressive macro-level controls over movement and behaviour within sound objects, based around a variety of particle system algorithms such as flocking algorithms and chaotic attractors.

Additionally, there is a system in place for mapping spatial parameters to custom DSP, which enables to further amplify and differentiate the perception of the different particle system algorithms.

The result is a dynamic performance that aims to convey beauty and hope through dazzling environments of overstimulation, interspersed by moments of fleeting expanding clarity. It is a display of an abstract, personal, sonic-theatrical language built from high-intensity fusions of sound and movement.