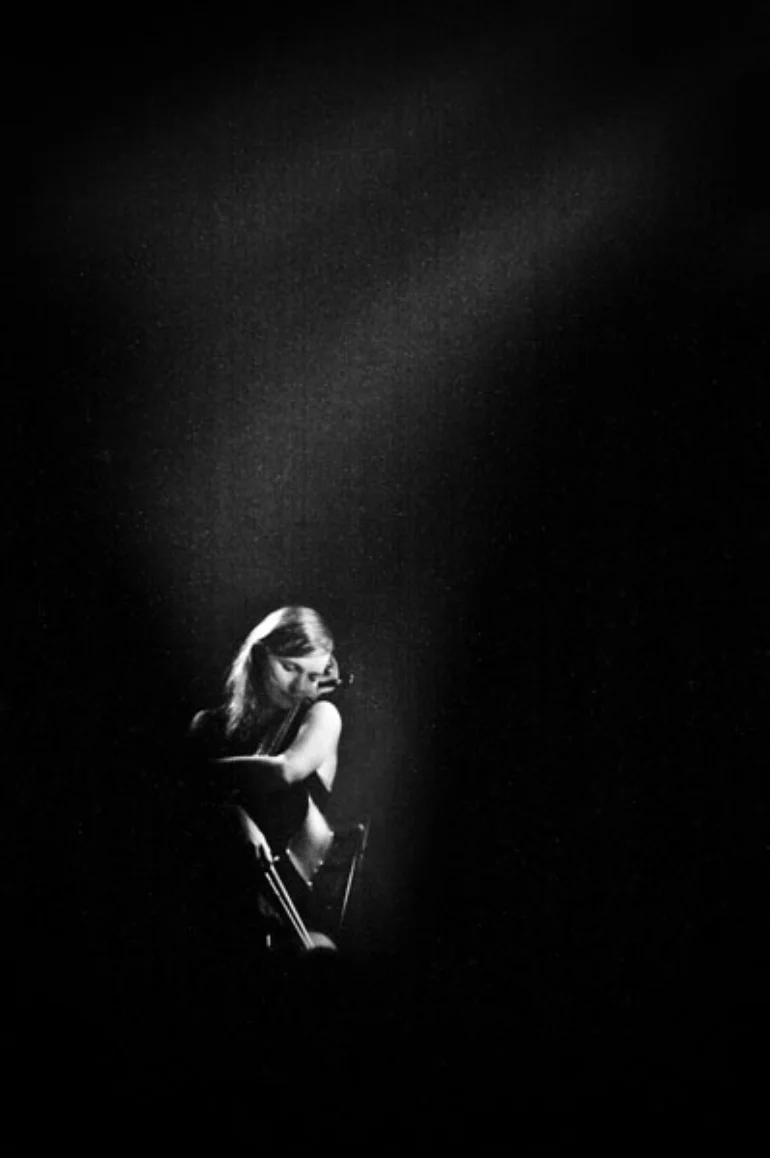 Background: The inspiration for this commission came from the practice of artist duo Pinar & Viola, who have been considering their artistic response to the plight of people who believe they are physically adversely affected by man-made radio waves.

We live in a world saturated with electromagnetic radiation, largely of our own making. Since the beginning of the 20th century we have been projecting radio waves, then television, and now mobile phones and the internet into every corner of the Earth. Very few people have ever experienced an unpolluted space free of this radiation. Pinar & Viola envisage creating an installation based on the principle of the Faraday Cage, which when built will allow the audience to be in an inert space, free from such influence.

In 2014 the Foundation commissioned Hildur Guðnadóttir to create a solo cello piece, intended ultimately to be performed in such an installation.

The artist duo wanted Hildur to be involved for a number of reasons: she is a celebrated composer and musician who creates music of an intensely contemplative nature; her music has a drone quality conducive to achieving the desired meditative state; and she is relatively unconnected herself to the digital world.

They also felt that the cello would be the ideal instrument to play within the proposed installation – both as an instrument unchanged from the pre-electronic age, and as one whose tone can be modulated by the musician to adapt to any acoustic idiosyncracies of the space that ultimately will be created for the performance.